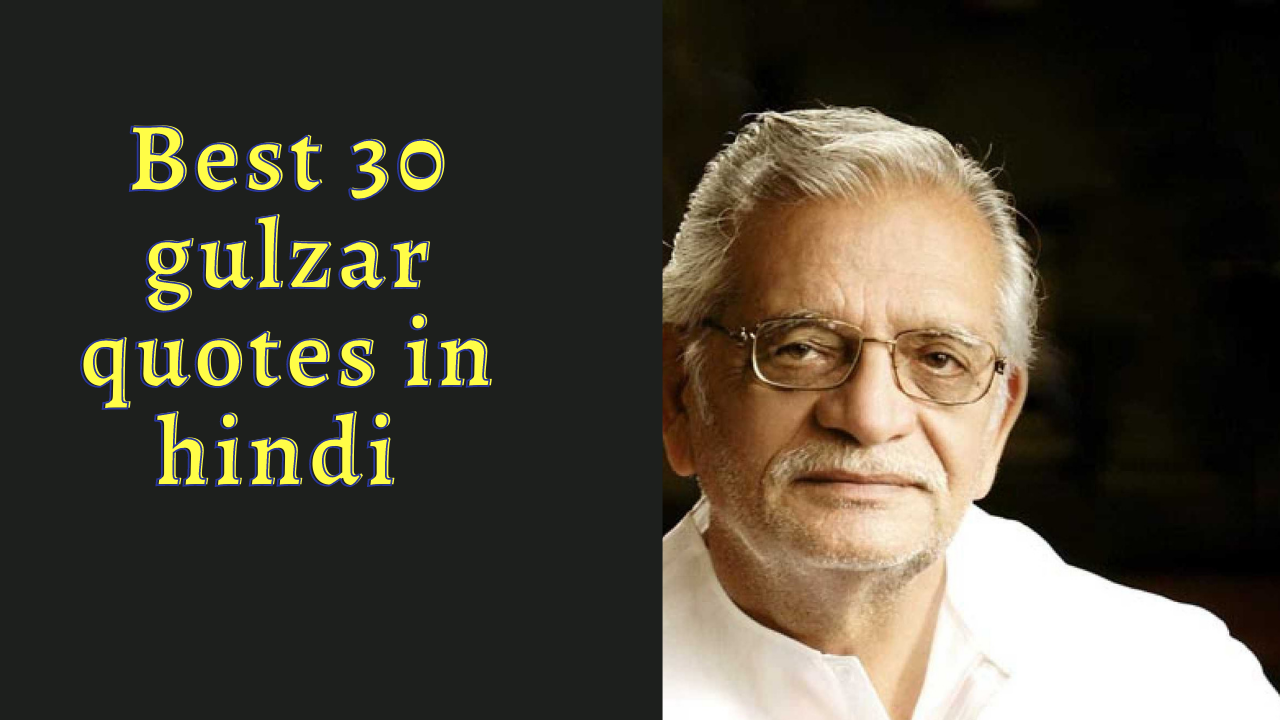 gulzar quotes in hindi : Gulzar is a writer, a lyricist, a director and, at heart, a poet. His films, sensitive, lyrical, and yet successful, were a welcome relief from the violent films that filled the 1970s and 1980s.

Born Sampooran Singh Kalra in Deena, in the Jhelum District in what is now Pakistan, he came to Delhi after the partition during independence as a poet. He joined Bimal Roy Productions in 1961 and got his first break as a lyricist writing for Bimal Roy’s Bandini (1963). The success of this film made him Bimalda’s full-time assistant and got him writing for films by acclaimed directors like Hrishikesh Mukherjee and Asit Kumar Sen. Some of the films he has written include Anand (1971), Guddi (1971), Bawarchi (1972), and Namak Haraam (1973) for Mukherjee; and Do Dooni Char (1968), Khamoshi (1970), and Safar (1970) for Sen.

gulzar on love in hindi