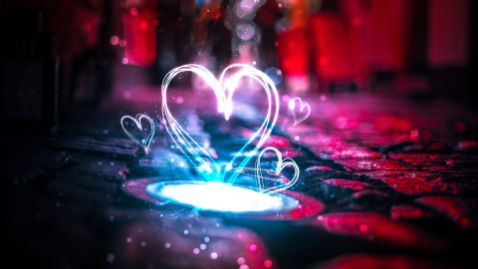 Life is not just the passing of time. Life is the collection of experiences and their intensity.

The pictures do not lie, but neither do they tell the whole story. They are merely a record of time passing, the outward evidence.

Unfortunately, the clock is ticking, the hours are going by. The past increases, the future recedes. Possibilities decreasing, regrets mounting.

Never give up on a dream just because of the time it will take to accomplish it. The time will pass anyway.

Time is more valuable than money. You can get more money, but you cannot get more time.

The more sand has escaped from the hourglass of our life, the clearer we should see through it.

Time is a brisk wind, for each hour it brings something new.

quotes about time passing and love

Time is a sort of river of passing events, and strong is its current; no sooner is a thing brought to sight than it is swept by and another takes its place, and this too will be swept away.

They always say time changes things, but you actually have to change them yourself.

Life is flying by. You don’t have time to waste another minute being negative, offended or bitter. If someone did you wrong, get over it and move forward.

Time is what prevents everything from happening at once.

Neither can the wave that has passed by be recalled, nor the hour which has passed return again.

Time is the most undefinable yet paradoxical of things; the past is gone, the future is not come, and the present becomes the past, even while we attempt to define it.

You learn something out of everything, and you come to realize more than ever that we’re all here for a certain space of time, and, and then it’s going to be over, and you better make this count.

Half our life is spent trying to find something to do with the time we have rushed through life trying to save.

Time was passing like a hand waving from a train that I wanted to be on.

Has it ever struck you … that life is all memory, except for the one present moment that goes by you so quickly you hardly catch it going? It’s really all memory … except for each passing moment.

Time is a brisk wind, for each hour it brings something new… but who can understand and measure its sharp breath, its mystery and its design?

Those who make the worst use of their time are the first to complain of its shortness.

quotes about time passing by

Time, as is well known, sometimes flies like a bird and sometimes crawls like a worm, but human beings are generally particularly happy when they don’t notice whether it’s passing quickly or slowly.

Don’t say you don’t have enough time. You have exactly the same number of hours per day that were given to Helen Keller, Pasteur, Michaelangelo, Mother Teresa, Leonardo da Vinci, Thomas Jefferson, and Albert Einstein.

Sometimes I just wanted to raise my hands and stop. But stop what? Maybe just growing up.

Time whizzes by when you have children. They make you aware of the passing of time, but also help keep you young.

Before you know it it’s 3 am and you’re 80 years old and you can’t remember what it was like to have 20 year old thoughts or a 10 year old heart.

We have been conditioned to see the passing of time as an adversary.

Be present, from moment to moment, right in the middle of the real stream of time. That gives you spiritual security. That is why in Buddhism we don’t try to escape from impermanence; we face time itself in our daily living.

If we fix a goal and work towards it, then we are never just passing time.

It would be a fine thing, in which I hardly dare believe, to pass our lives near each other, hypnotized by our dreams.

The best thing about time passing is the privilege of running out of it, of watching the wave of mortality break over me and everyone I know.

There is so little time for us all; I need to be able to say what I want quickly and to as many people as possible.

What is lovely never dies, but passes into other loveliness, Star-dust, or sea-foam, flower or winged air.

Aging gracefully is supposed to mean trying not to hide time passing and just looking a wreck. Don’t worry girls, look like a wreck, that’s the way it goes.

Scary is time passing and sickness and dying and regret and isolation and loneliness and relationship problems – as opposed to a guy in a hockey mask, which didn’t seem that scary.

She could’ve stared into those eyes for a thousand years and never noticed the time passing by.

HOPE YOU LIKED OUR COLLECTIONS, IF YOU WANNA SEE MORE, CLICK ON THE LINK-Best Halloween Quotes,Prayers And Faith Quotes,Moral Values Quotes,Himalaya Quotes

best i just want to be loved quotes and sayings